“Times like these are unfortunate reminders of why our focus on diversity and inclusion is so critical; and clearly there is still much more work to be done.”

This is an excerpt from an email sent to a host of Sodexo employees working in a cross section of diversity functions written by Rohini Anand, the company’s senior vice president of corporate responsibility and global chief diversity officer. (Sodexo is No. 6 on the 2016 DiversityInc Top 50 Companies for Diversity list). A

nand shared her concern and resolve in the aftermath of racial tensions that have led to death and despair for so many:

“I am disheartened by the ongoing acts of violence, terrorism and destruction that continue to plague our communities around the world. It is more important than ever, during times like these, that we reaffirm our commitment to Diversity & Inclusion.”

Anand joins a small but growing group of companies and corporate executives who are directly taking on the racial turmoil of our time.

gs of Black men by cops in Minnesota and Louisiana, Steve Howe, U.S. chairman and managing partner for EY Americas, took to Twitter and also sent an internal email to the entire EY workforce to address the issue. (EY is No. 3 on the Top 50 list.)

And on Thursday PricewaterhouseCoopers (No. 5) is holding discussions about the issue across the company.

The call for these conversations — which will be held informally among colleagues — was prompted by an email Tim Ryan, PwC’s U.S. chairman, sent following the Dallas shootings to all 45,000

employees in the United States, acknowledging the violence happening around the country, said Nidhi Sinha, a spokeswoman for the company.

The conversations will be kicked off by a video of Ryan discussing race issues in light of recent events with Elena Richards, PwC’s minority initiatives leader in the office of diversity. The firm is also hosting a full-day Snapchat forum on diversity. The conversation will be for the company’s staff but is also open to the public.

Here is a video of Ryan meant to kick off the national discussion on social media:

It’s all part of an effort to put these difficult discussions on the table as a way to foster change. Sinha said there was one employee who commented that “the silence was deafening” following the recent turmoil, because no one among her team would even address it. That apprehension, she added, is why Ryan wants to initiate a dialogue.

Companies are looking to use conversations as a springboard for possible actions to improve race relations and diversity.

Sodexo has plans to promote further discussion and understanding. Company officials have been engaged in high-level plans to do more internally to address concerns, said Jodi Davidson, the company’s director, diversity & inclusion initiatives.

Sodexo, she said, is in the process of:

Why do all of this?

Silence on this issue wasn’t an option, Davidson stressed. “If we did not do something, people would be scratching their heads questioning why we were silent.”

“I am so proud to work for an organization that consistently values and supports their employees,” she continued. “If we truly want to fulfill our mission of quality of life, anything other than walking the talk is not an option.”

A number of health disparities were brought to light during the COVID-19 pandemic, which led many companies to shift focus when it came to health equity.  During a panel titled “Health Disparities in the U.S.:… 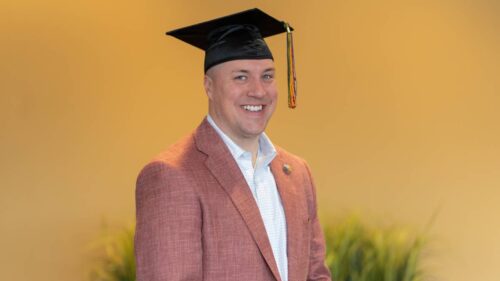 A Lesson in Career Transition: How The PhD Project Helped Jason Marshall Move from Law Enforcement to Academia

Jason Marshall entered a career in law enforcement as bright-eyed and bushy-tailed as any new recruit ready to change the world. But like so many others, the reality was that the world had changed him…

In this week’s installment of our Career Advice video series, DiversityInc Senior Business Writer Linda Bell chats with Shanda Hinton, Chief Diversity Officer at Raytheon, about the impact of ERGs on her career trajectory and…

Black History Month takes place in February to celebrate the history, culture, achievements and resilience of the Black community in the United States. The month of reflection and celebration recognizes the contributions the African American…

What Is Health Equity?

There are a variety of topics that are growing in importance for employers, educators and lawmakers alike. In 2022, everyone was focusing on ESG and analyzing the impact their companies had on their communities, employees…

Inside the Tear the Paper Ceiling Campaign

No degree, big problem.  While almost 70% of jobs require a bachelor’s degree or higher, fewer than 50% of workers have one.  “If you exclude people who are retired or people who are not of…

The DiversityInc Top 50 Companies for Diversity survey is the ultimate assessment of diversity in corporate America. In this session, Dr. Chris Parker, Head of Research and Data Analytics at DiversityInc walks through the second…

The Rising Tide: The OneTen Project

2020 was a challenging year for the Black community.  COVID-19 reared its ugly head, disproportionately impacting the economic, emotional and physical well-being of Black Americans. A recession followed, worsening the employment outlook for Black workers. …

Workplace Fairness Trends to Watch in 2023

Recent weeks have seen layoffs announced around the corporate world with greater regularity than fluffy press releases about community initiatives. As companies begin trimming their workforces and fortifying their positions for a recession, there’s a…

How Companies Will Prioritize ESG and Sustainability in 2023

A global economic slowdown, inflation, rising interest rates and supply chain problems were among a host of issues companies had to contend with in 2022. This year is expected to be the same. Research has…